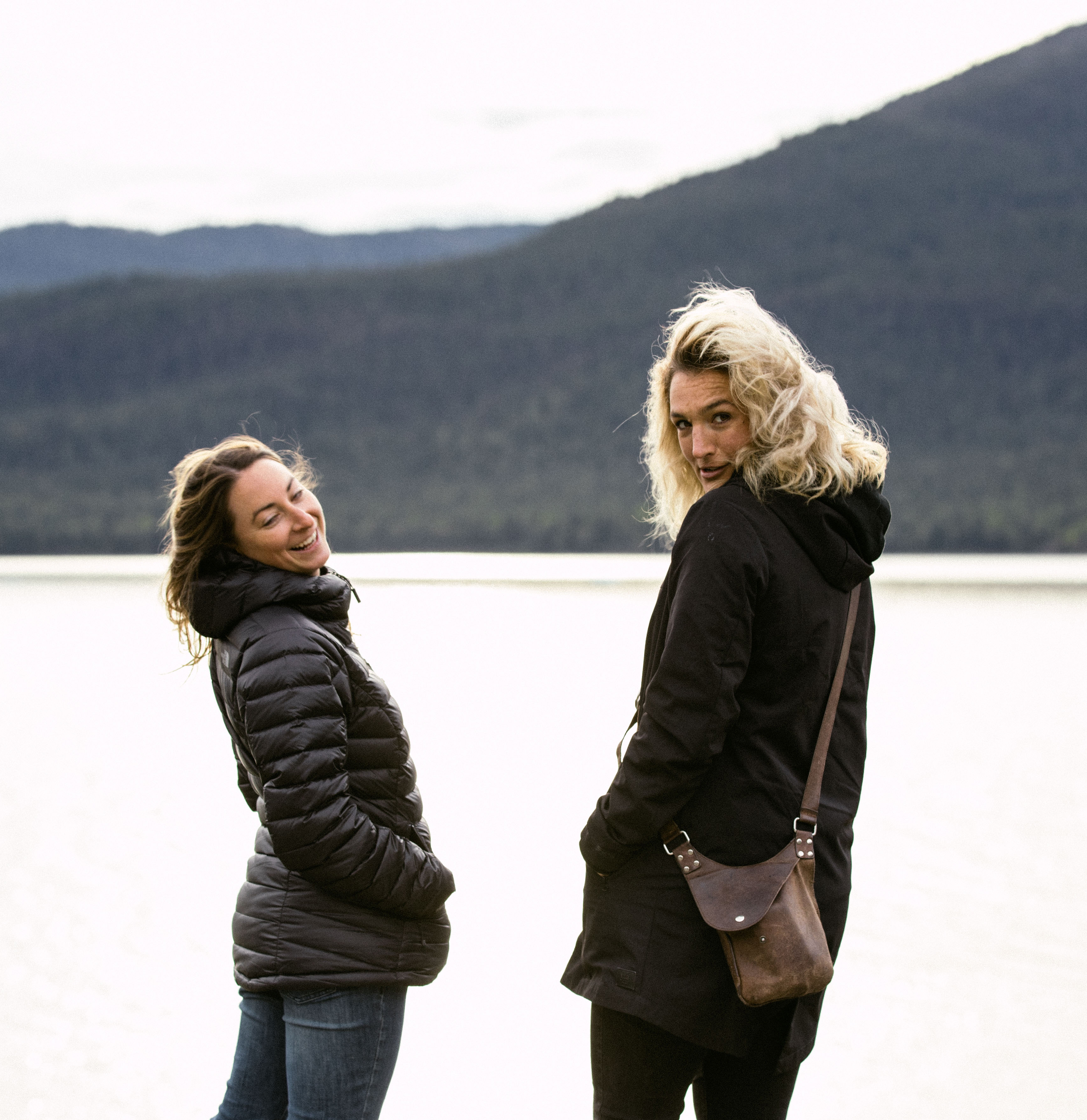 Taking the road less traveled, they kicked off their Tough Fun road trip in Alaska. There’s still plenty of riding up North, you just have to put in the work for it. Starting in Juneau at Eaglecrest ski area, they found no shortage of type II fun. 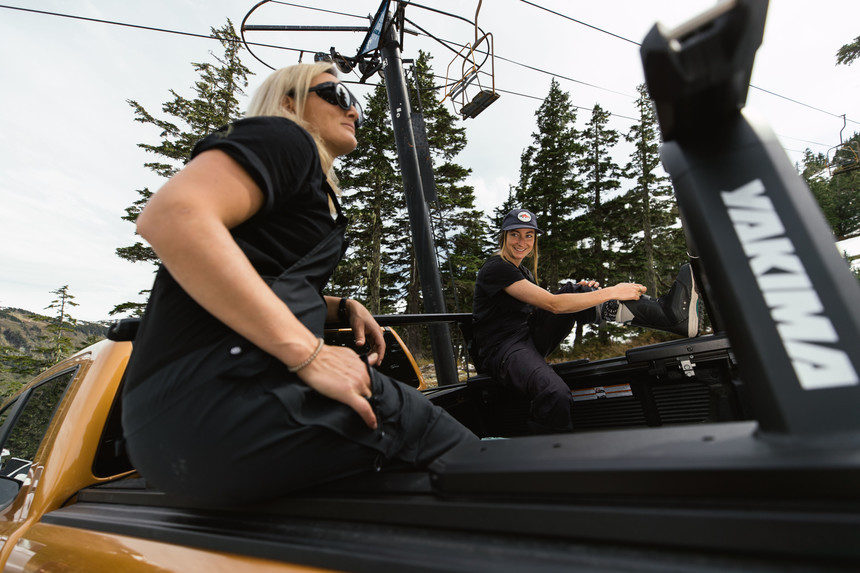 The girls gear up for a big day out on the mountain. Justin Mayers Photo.

And with stunning panoramic views all around them, it actually made the hiking pretty bearable. The snow was what you’d expect for late spring: slushy and playful. They even found a natural pond skim to get creative with. But the biggest surprise of the mission was the ridiculous amount of pollen in the air. “When we were sitting on top of the mountain you could look across the valley and the pollen looked like smoke because there was so much being released from the trees,” explained TGR cinematographer Justin Mayers. It got so bad in some parts that Beaman and Rand scraped it off their boards with wax scrapers because it slowed them down on the snow. 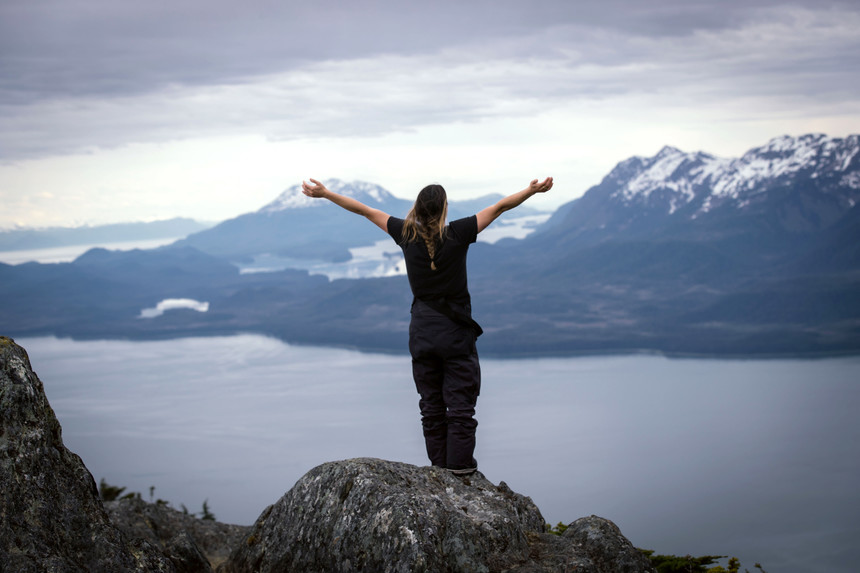 “But being on top of the resort was awesome. You got a 360-degree view of Juneau which was incredible,” he said. Pollen and allergies aside, the crew remained steadfast in their search for more slushy surfaces to carve. This goal got a bit easier with a little help from a local heli operator. Up high, the snow was better and less pollinated due to the elevation. On top of great conditions, their search was rewarded with a few technical couloirs, which rounded out the snowboarding for this leg of their journey. In between the spring riding, the crew recharged with lots of rest along the shore and the area’s many natural hot springs. 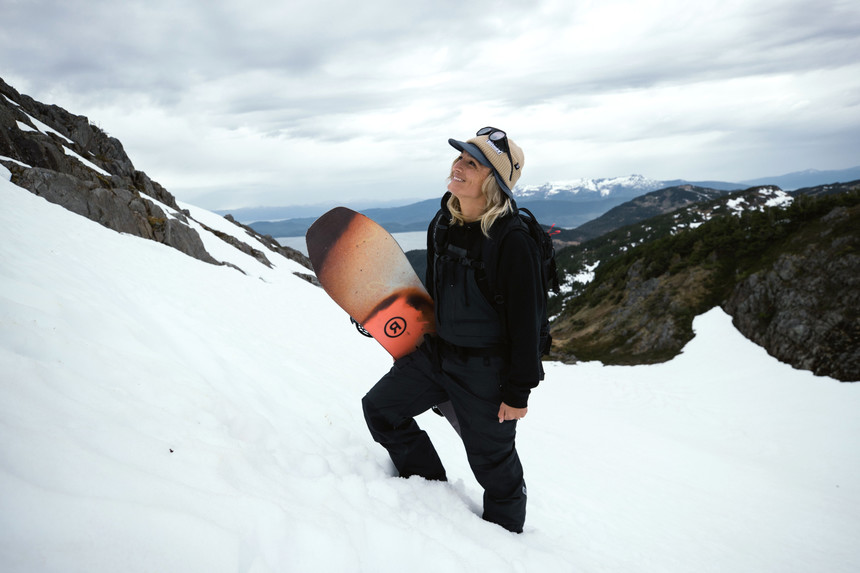 “Alaska is so spread out and so remote. It’s got the mountains, the ocean, and the wildlife and it’s cool to see more of that,” Rand explained.

Up next they’re hoping to catch a few breaks up in Yakutat, Alaska. Stay tuned for some beautiful, but chilly surfing.