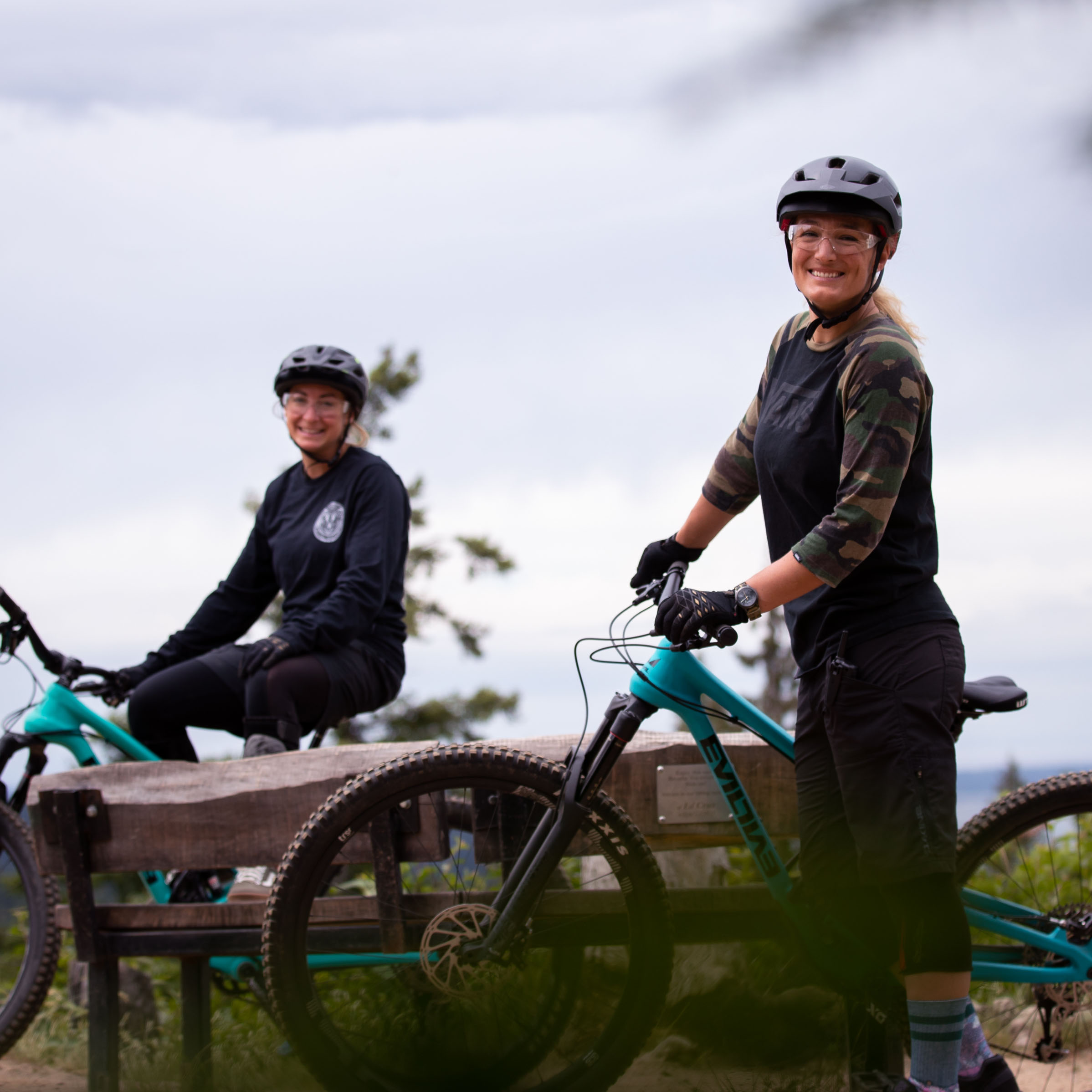 From the Singletrack to the Coast and Back

It wouldn’t be a proper PNW road trip without mountain biking.

Washington is the land of loam after all. Thankfully, the girls finished out their adventure back in Bellingham, a hotbed for the sport. Home to numerous bike brands—Kona, Transition, and Evil are a few to name—and countless professional riders, Bellingham has lured riders from all over and for good reason. The trails out here are world class, with Galbraith Mountain counting as one of the most popular spots to ride. Lovingly referred to as “Galby” by the locals, this trail network is home to roughly 50 miles of singletrack and is in quick riding distance of downtown. And thanks to a $3 million purchase by the city last July, the area is permanently protected from development, ensuring that it will remain a cycling haven for years to come.

Bellingham is home for Hana, so she’s no stranger to the vibrant bike scene. “Mountain biking is super social and can be done at so many different levels of ability but also very challenging. It’s something that keeps me sharp in the offseason and pushes me in some way every time I go out,” she said. And for her, one of the highlights about their biking adventure was showing the ropes to Mary. She might still be new to the sport, but Mary wasn’t afraid to push herself on the trail. “It was cool to see Mary try something new and get out of her comfort zone,” TGR Cinematographer Justin Mayers explained. 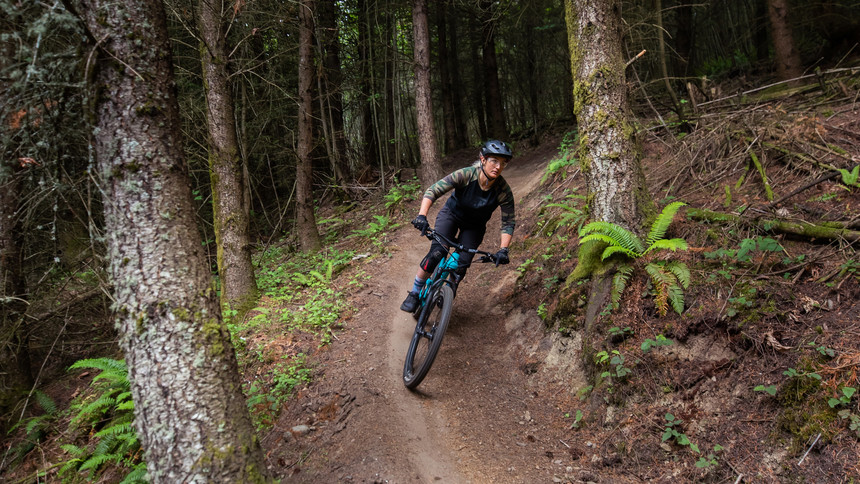 With Bellingham as their home base, it was easy for Hana and Mary to embark on one last short mission. Enticed by the seclusion of the Olympic Peninsula, they hopped in the Ford Ranger and ventured south to Hobuck Beach in Neah Bay. This area is about as Northwest as you can get in the continental United States. Legend has it that the local Makah Tribe even described it as the place “where the Earth began”. Neighboring Hobuck Beach is the Olympic National Park, which is home to one of the most incredible forest, coastal, and mountain ecosystems in the state. Even though it’s only a short drive from the bustling city of Seattle, the peninsula feels like a whole different world. The girls relished in the downtime to camp at the beach, especially after their many days of traveling. Plus, when they needed a little excitement they just took the Ranger out for a spin—since it’s legal to drive on some of Washington’s beaches. 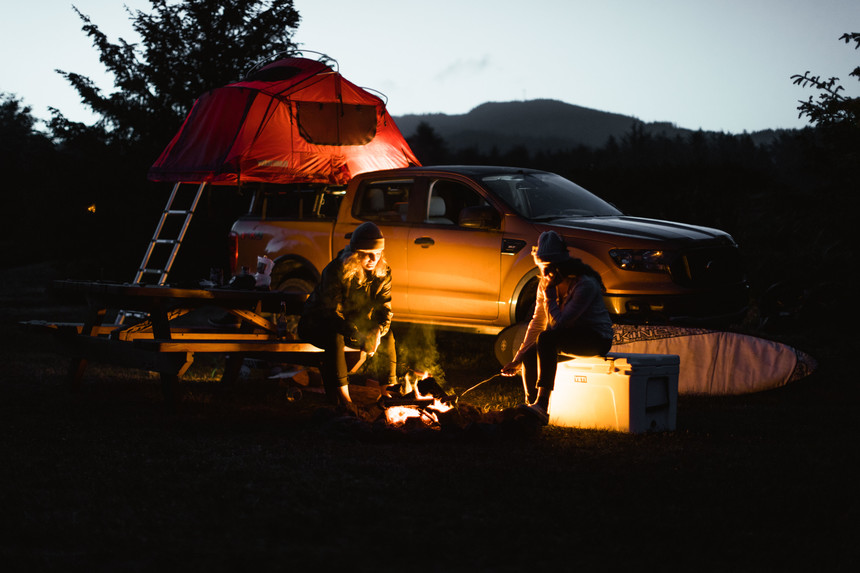 With the Ranger coated in a fresh layer of sand and salt water, it was time to pack things up and head home for good. This concludes things for Team 2, but stay tuned for a behind the scenes look at the trip. Meanwhile, things are just getting started for Knox Hammock and Trent McCrerey of Team 3, who are currently exploring the best kayaking zones here in the U.S. 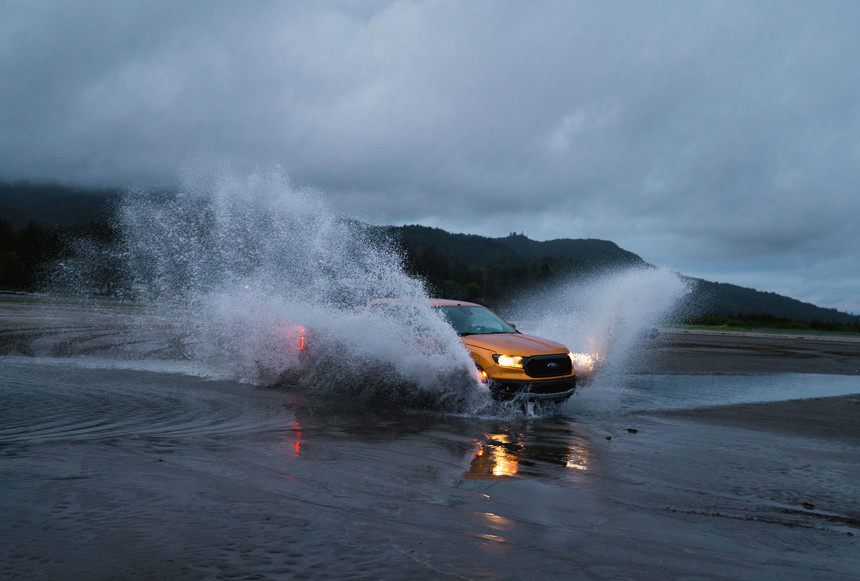 Nothing beats driving along the coast—literally. Justin Mayers Photo.