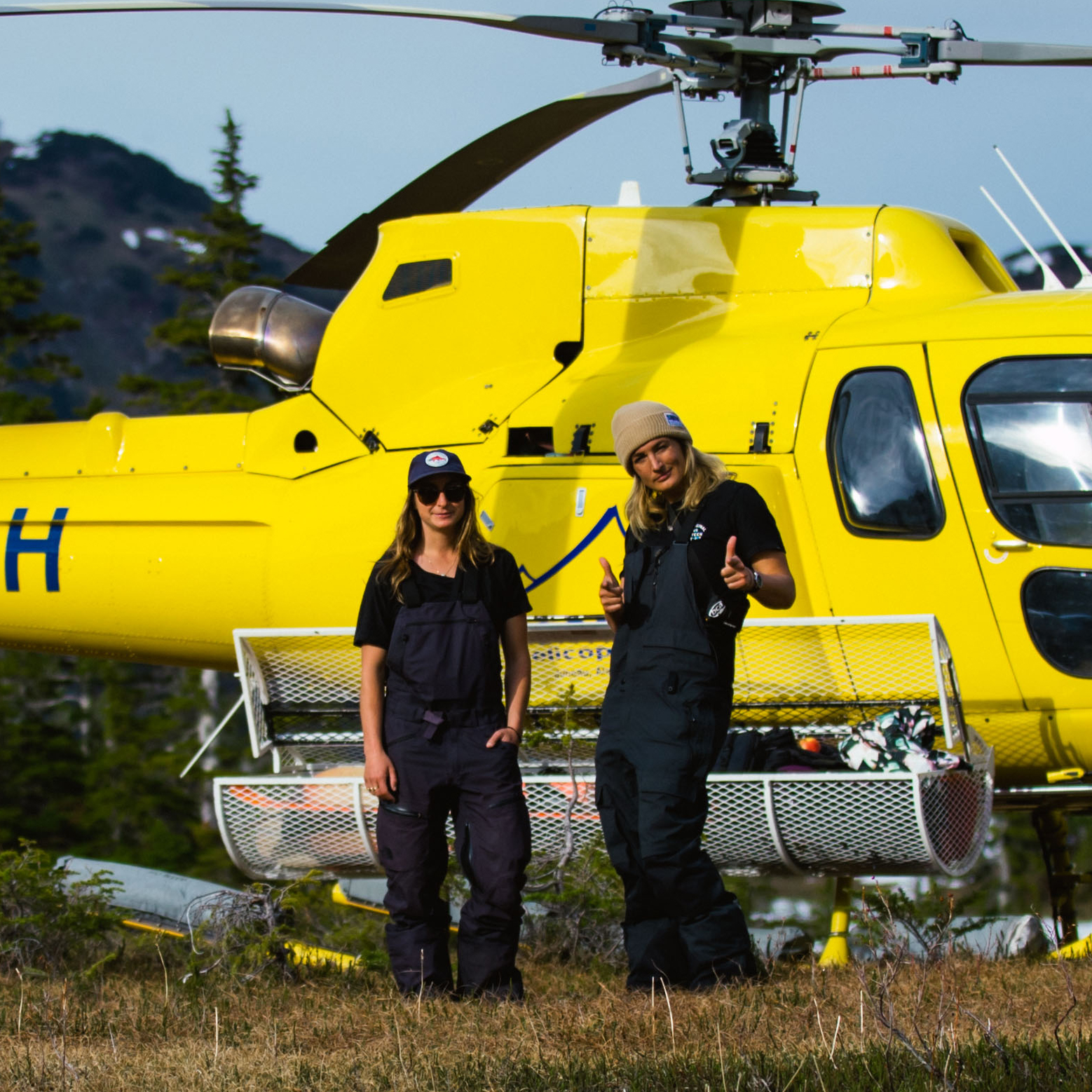 Unlike most places in the US, the snow sticks around a bit longer in Alaska. The key, though, is to find where it’s hidden away.

Hana and Mary’s first attempts to snowboard were on a foot-powered mission at Eaglecrest Ski Resort right outside of Juneau. There was still plenty of snow to ride, but spring weather had taken its toll. A lot of the snow was what you’d expect at a pond skim: slushy and playful. On top of springtime conditions, the pollen from the trees was out of control. It got so bad at times that girls had to stop and scrape it off their boards with wax scrapers. It was a fun day on the mountain, but Hana and Mary knew they’d find better conditions elsewhere. 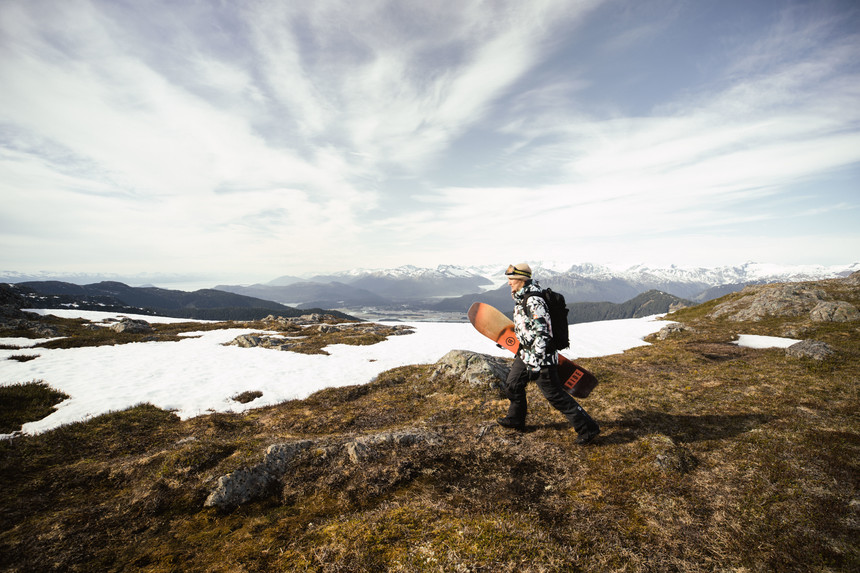 With views like these, you can't beat snowboarding in Alaska. Justin Mayers Photo.

It was clear that hiking wouldn’t quite cut it—unless they wanted to be walking for a while. To tap into higher zones with better conditions they needed an extra lift. Thankfully, the crew was able to connect with Coastal Helicopter. With their assistance, the girls were brought to Fred Meyer Bowl, which was significantly higher than their first zone. The change in elevation made a huge difference in snow quality. “The helicopter really helped out with the snow. We got to ride some frozen corn instead of sloppy of mashed potatoes,” explained TGR Cinematographer Justin Mayers. The team got two bumps up with the heli, the first of which they used as a chill warm-up lap to scope out the area. For the second lap, they turned things up a notch. A couloir caught their eye on the flight up, and after a short hike on the ridge, they found the steep, narrow, and spicy run they were hoping for. That final objective was the perfect close to their snowboarding adventure up North.